A Poet to Notice: Tom Pescatore

We are pleased to present our first Poet to Notice: Tom Pescatore

We hope you enjoy these three poems as much as we did.

on 400 degrees and the whole

70 outside and sunny, tomorrow

I’ll be in the archives reading

I’m in DC again, scrawling in red and green

ink, I’ve got all these sketches tucked

away in my journal, part of me wants to

I watch the cleaning crew outside my window

They had us in a fish fry

remaining hours away before

a hand grabs and pulls them

and the girls were grinding their

which I found kinda funny

in way, I guessed for all the oil lost

and we boiled crispy and golden

until we hit the end of the line

which was just two slices

of white bread and a side of slaw

away from the Pentagon.

Remember when I sat on that

couch in Hyattesville, MD, I all

but owned the first floor and the

shower in the corner past the kitchen

with its black ants crawling up the

wall and getting wet by the hanging

shower head—crawling on my clothes,

sliding into the sink–those fucking ants,

I couldn’t save them and they

followed me into that small green

Remember how I’d watch them

slithering across my kitchen floor in

dead-winter, thinking, “What the fuck am 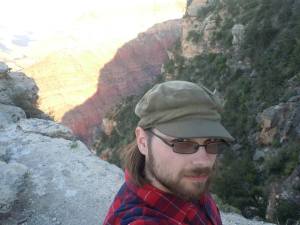 Tom Pescatore grew up outside Philadelphia dreaming of the endless road ahead, carrying the idea of the fabled American West in his heart. His work has been published in literary magazines both nationally and internationally but he’d be just as happy having them carved on the side of the Walt Whitman bridge or the sidewalks of Philadelphia’s old Skid Row.

His blog: http://amagicalmistake.blogspot.com/
His Facebook page where he posts the journals and magazines his work appears in:
https://www.facebook.com/TCPescatore
~~~
What is A Poet to Notice?

← A Poet to Notice
Epithalamium for Joaquin Fore, one of our favorite poets → 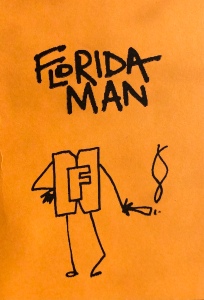 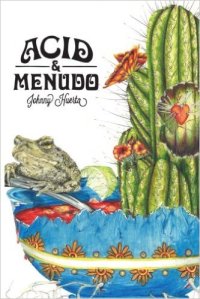